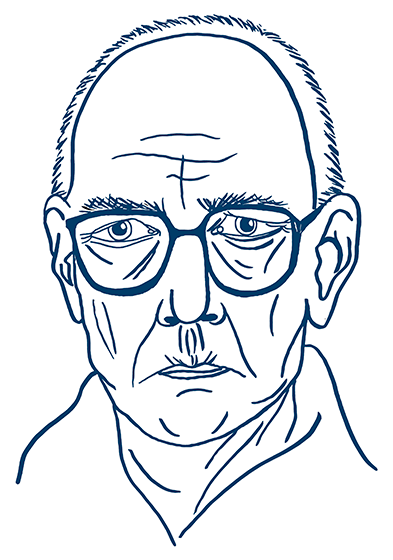 “… the sailors of Fisterra, where the world ends and the land of the dead begins, know each of the whales and call them by their own names as if they were people or horses.”

Like the noise of the sea that does not come and go, but always comes zas, zas, zas. In Madera de Boj, the novel that Camilo José Cela (Iria Flavia, May 11th 1916 – A Coruña, January 17th 2002) was writing when he was awarded with the Nobel Prize for Literature in 1989 and whose publication he postponed until a decade later, in 1999, time, characters and events succeed each other with that same flow.

Embarked from, rather than set in the Finis Terrae (Fisterra in Galician) —where Romans had placed the end of the world— the story, or rather the stories, unfold in the course of a supposed sea expedition along the Coast of Death to reach Noia, “one of the most beautiful towns in the West”. The narrator, no other than Don Camillo himself (Don Cam), goes on to describe an inventory of mythical creatures (mermaids, werewolves, transhumant saints) and real beings (meigas whalers, choronas), legends (the treasure of the Moors, the Holy Company), shipwrecks (from the Serpent to the Casón) and even recipes from maritime Galicia, that he associates to true and invented adventures of an endless number of characters, the choral ones of the novel but also, hints of his personal biography. The result, as it could not be different from one of the most outstanding writers of the 20th century, is a complex literary mix and an unparalleled tribute to the scenery and the people of this fantastic and dangerous landscape.