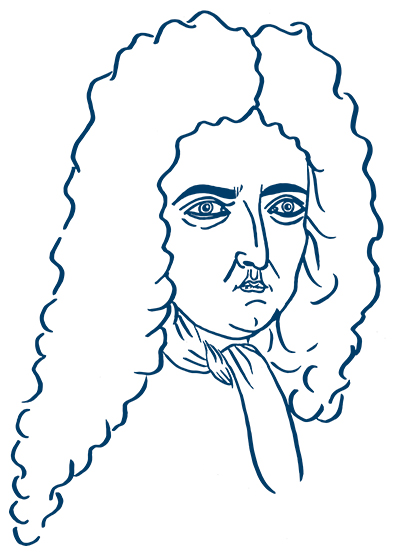 “I cast my eye to the stranded vessel, when, the breach and froth of the sea being so big, I could hardly see it, it lay so far off; and considered,

– Lord! how was it possible I could get on shore?”

Rarely does a literary character manage to reach a legendary status as universal as Robinson Kreutznaer, better known as Robinson Crusoe by both his creator’s contemporaries and the millions of readers who discovered it after. Born from the pen of the English writer Daniel Defoe (London, 1660- 1731), he is the main character of the novel, published in 1719, titled after him and considered the first of its kind in English literature: the story of “the life and incredible adventures of Robinson Crusoe, a sailor from York, who lived alone for twenty-eight years on an uninhabited island off the coast of America, near the mouth of the great Orinoco River, being dragged to shore after a shipwreck, in which all men died except him. With an explanation of how in the end he was unusually liberated by pirates. Written by himself”.

Mostly Inspired by the life of Scottish sailor Alexander Selkirk, shipwrecked and sheltered on a Chilean island where he stayed for four years, the novel has been the subject of several reinterpretations, from standing out socio-economical ones (from Joyce, who saw in Robinson the embodiment of English colonialism) to those that focus on the religious aspect, as since the beginning of the book the hero seems to be driven by a kind of predestination, very much in line with Defoe’s Presbyterian beliefs.

There is also who sees in the famous castaway survivor a bit of Defoe himself, who also had to face many adversities to get ahead throughout his hectic life as a merchant, writer and pamphleteer. It is to this distinctiveness that J. M. Coetze refers while recalling his first reading of the story: “I – or he whom I call me – then discovered and read with the greatest attention that story of man cast into an island which he makes his kingdom. There was someone else in the story, a Daniel Defoe. What was his role? How did he fit in? They said he was the author but I didn’t understand him because Robinson Crusoe was telling me the story. So, who was Defoe? A nickname for Robinson Crusoe?” We will never know. What we do know is that Crusoe has been living on in every child who has looked close to his adventure and in the old sailors who calmly walk around the docks of Bristol during the day.