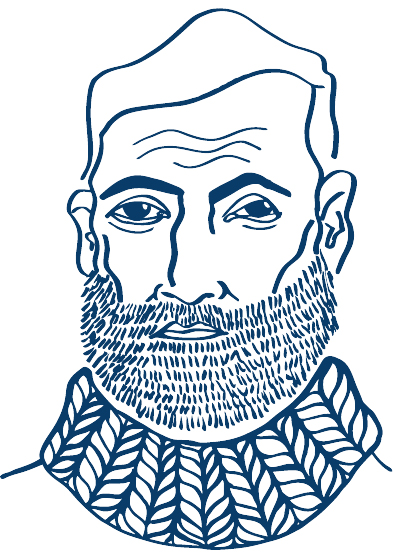 “He always thought of the sea as ‘la mar’

which is what people call her in Spanish when they love her.

Sometimes those who love her say bad things of her but

they are always said as though she were a woman.”

“The Old man and the sea”. Ernest Hemingway

The Gulf Stream is a current of oceanic water that originates in the Gulf of Mexico and moves, at a speed of approximately 1.8 m/s towards the North Atlantic, until it reaches 40 degrees N and 50 degrees W.  From there its waters divide into two branches diverging north wards on one side (North Atlantic Current) and south wards the other (Canary Islands Current).

Wide between 80 and 150 km and with a variable depth of 800 to 1200m, its warmth is responsible for the mild temperatures of Western Europe and exerts a notable influence on the sea of Galicia, enabling for much of the marine flora and fauna of its coasts.

Rarely there has been a more literary “current” than the Gulf Stream, so closely connected to the American writer and journalist Ernest Hemingway (Illinois, 21 July 1899 – Idaho, 2 July 1961). Since 1928, the year the author of Farewell to Arms, For Whom the Bells toll or Fiesta landed in Havana, the sea and the Gulf Stream (“The Great Blue River“) became a constant feature in his life and work, upon his return from a post-war European journey.

Hemingway established his residence in this city, very close to the current, and from there he used to organize and participate in needle and coastal fishing expedition. It was the adventures aboard his yacht “Pilar” as well as the first-hand knowledge of local fishermen’s life what would inspire the most famous of his stories, The Old Man and the Sea, published in 1952 by Life magazine, for which he was awarded the Pulitzer Prize in 1953 and the Nobel Prize the following year.

Old Santiago’s struggle for survival against the great fish, his close friendship with the boy and, above all, his great life lesson: “A man can be destroyed, but not defeated” are now part of the collective imagination and one of the most beautiful legends ever written about life at sea.